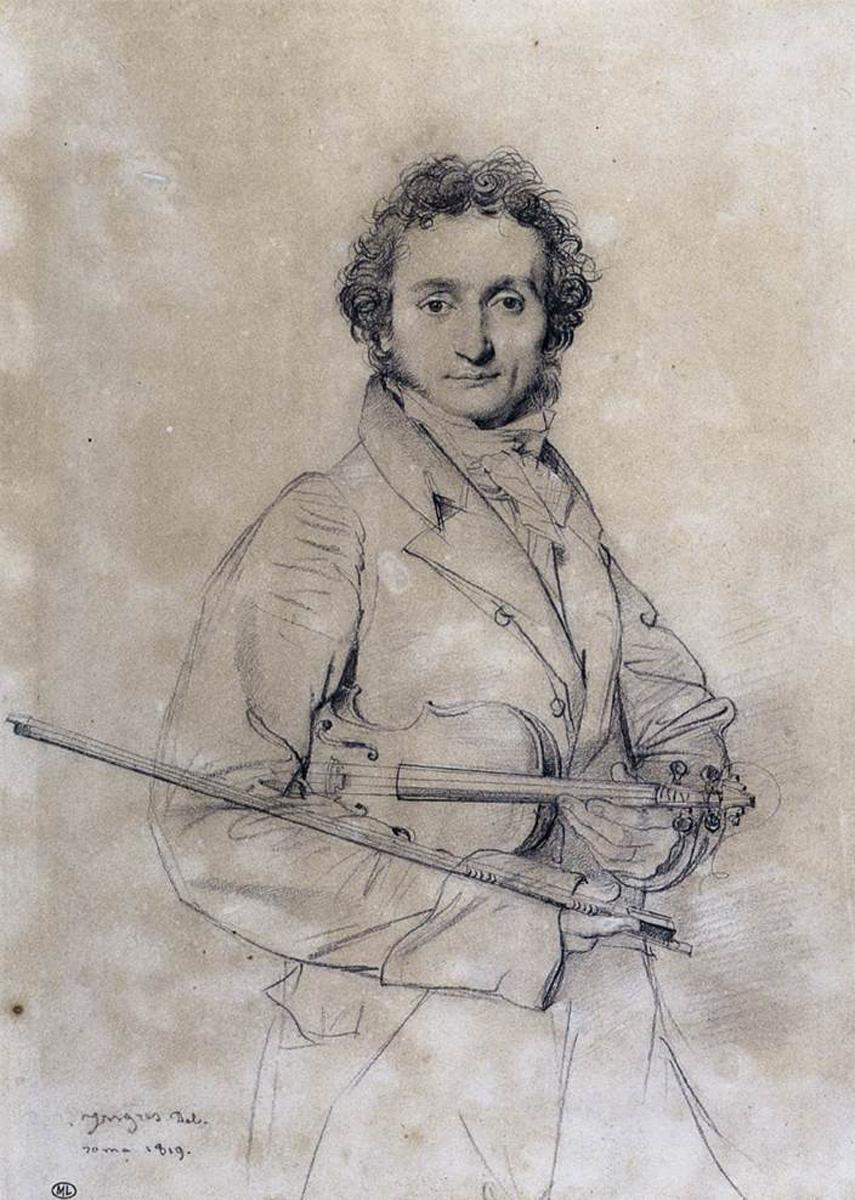 The illusive trick money played on composers who lived lavish lifestyles, made poor investment decisions, composed to please the public, or continued a family legacy 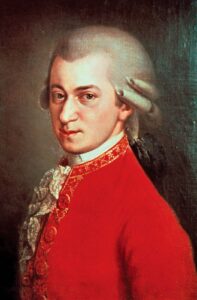 The dramatized story of Amadeus Mozart, which depicts his dismal end as his body is carried in a pitiful funeral procession to a pauper’s grave, purports the common misconception that classical artists were “starving artists.” However, this sorrowful end to Mozart’s life neglects its historical context. In an effort to economize, Emperor Joseph Ⅱ required that bodies were buried in linen sacks and placed in a grave with up to five others, so Mozart’s funeral was actually common for middle income people in the late 18th century.  While Mozart did face incredible financial struggles, mostly due to his own poor money management, his life was not ruled by poverty. The composers whose names we celebrate and music we perform today were rarely penniless. 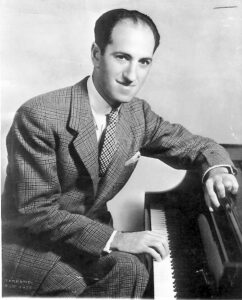 George Gershwin wasn’t embarrassed by his millions. His favorite rumor claimed, “When Gershwin met Stravinsky and asked to take lessons, Gershwin was supposedly asked how much money he made. When he named an astronomical sum, Stravinsky told him, ‘Then I should take lessons with you.’” Gershwin had a nose for what would sell. He was interested in creating great music, and he was interested in making money. Gershwin composed catchy melodies combined with sophisticated depth that created instant hits. His opera Porgy and Bess toured for three straight years after its initial debut. The song “Summertime” has been covered by Billy Stewart (1965), Janis Joplin (1968), The Residents (1985), and most recently, its opening melody was borrowed in Sublime’s “Doin’ Time” (2002). Gershwin stayed at the forefront of technology, performing live over radio and making recordings. He was also incredibly prolific, writing up to six songs a day. In his short lifetime, he wrote over 500 songs in addition to operas, musicals, symphonic works, and concertos. His fabulous popularity made it possible for him to sell almost anything with his name. 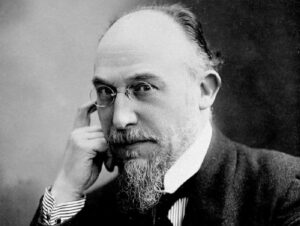 Eric Satie was eccentric. He showed a lot of promise when he first entered the Paris Conservatory, but he was quickly labeled “lazy” for his lackadaisical performance and poor class attendance. Today, he is primarily known for Gymnopedies, a three-piece piano suite. He introduced minimalism to music and was the inspiration for composers like John Cage. Satie rejected the high intensity of Romanticism and approached his compositions with humor. His friends were mostly artists whom he met working as a café pianist. Satie even collaborated with Pablo Picasso and Jean Cocteau on the ballet Parade. The production resulted in chaos, and the group spent 8 days in jail for “cultural anarchy.” “Surrealism” was mentioned for the first time in the program notes. Satie lived alone and did not receive visitors in his apartment. When he died, his friends were shocked by his poor living conditions, not to mention his collection of over 100 umbrellas and 84 silk handkerchiefs. 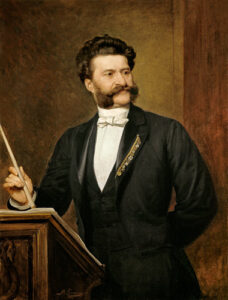 Johann Strauss Jr., “The Waltz King,” never wanted for money. His father was a successful composer and conductor, and Johann Strauss Jr. continued his legacy. Strauss Sr. was determined that none of his children should become musicians. He strictly forbade them to study music; however, Strauss Jr.’s mother noticed his musical interest and talent early and secretly gave him violin lessons. In 1844, Strauss Jr. formed an orchestra and performed his own dance pieces at a venue rival to his father’s. The audience demanded encores, and his career as a composer was solidified. Although his fast rise in popularity created obvious and unpleasant family relations between Strauss Jr. and Strauss Sr.; Strauss Jr. always openly admired and praised his father for inspiring his work. Strauss Jr. composed over 400 waltzes, polkas, quadrilles, operettas, and a ballet. A golden statue of Strauss Jr. resides in Vienna, and the Vienna Philharmonic always includes music from Johann Strauss Jr. and his father in their annual New Year’s Day concert. 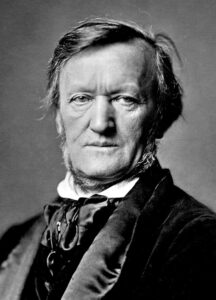 Financial difficulty followed Wagner wherever he went. His first opera, “Das Liebesverbot,” was a terrible flop, landing Wagner in extreme debt; even the theater went bankrupt shortly thereafter. After his marriage to Minna Planer in 1836, the couple went to live in Riga, Russia (present day Latvia). However, in 1839, they were forced to flee from creditors, one biographer claiming that Wagner dressed like a woman to disguise his appearance. Following in the footsteps of other composers, he took his opera Renzi to Paris and hoped to premier it there, but it was rejected. Wagner avoided total financial ruin by selling salon songs. Ever confident, Wagner returned to Dresden, Germany where he premièred Renzi to an audience who appreciated Wagner’s dramatic combination of music and song. After publishing The Flying Dutchman and Tannhauser, the world recognized Wagner as a great composer. Rossini acknowledged Wagner’s brilliance and wittily stated that Wagner’s operas had “beautiful moments but long quarter hours.” But Wagner’s success in Dresden didn’t last long. His outspoken political views soon got him into trouble, and he fled to Zurich. Finally, his financial troubles were solved in 1862 by Emporer Ludwig Ⅱ of Bavaria, who supported Wagner’s lavish lifestyle. Despite Wagner’s relentless setbacks, he knew he was capable of great things. His New York Times obituary reads, “In the face of mortifying failures and discouragements, he apparently never lost confidence in himself.” 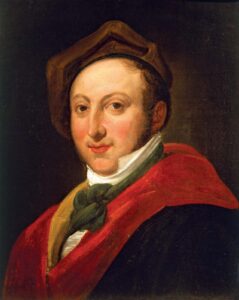 A hilarious wit and a man who enjoyed all the finer things in life, Rossini’s comic operas almost instantly gave him financial success. Rossini composed his final opera at the age of 37, and for the next 40 years of his life, he merely dabbled in music, writing songs, choral, and chamber music. Some say that he retired because of mental exhaustion, or he simply had enough money to retire comfortably. Rossini said, “Eating, loving, singing, and digesting are, in truth, the four acts of the comic opera known as life, and they pass through like bubbles of a bottle of champagne. Whoever lets them break without having enjoyed them is a fool.” He claimed that he only cried three times in his life: first, when his first opera failed; second, when he heard Paganini play; and third, when a truffled turkey fell into the water. He was an accomplished cook; Dictionnaire Larousse Gastronomique references Rossini, and his beef marrow risotto is still popular today. Rossini loved to entertain and became friends with many artists and composers including, Franz Liszt and Niccolò Paganini. 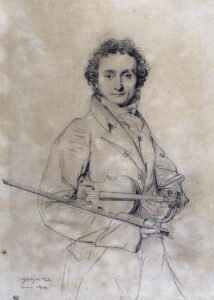 It was rumored that Niccolo Paganini made a deal with the devil. His extraordinary appearance was due to two physical abnormalities, Ehlers Danos and Marfan’s (flexibility and long limbs), and his artistic prowess seemed to confirm this rumor with audiences. Paganini’s celebrity gave him concert opportunities across Europe. The French called him a millionaire, and during one tour in London he reportedly made £10,000, a very large sum in 1831. However, despite his success, Paganini’s love for gambling often left him scrambling for money.  Strad magazine quotes Paganini, “I often lost in one evening the fruit of several concerts and not infrequently saw myself in difficulties from which only my art was able to extricate me.” In 1837, Paganini made a poor financial decision that would haunt him beyond the grave. He was persuaded to invest in a casino in Paris, The Casino Paganini. While it had gambling halls, it also contained a concert hall, conference rooms for public business meetings, and ballrooms. The casino went bankrupt after a few months, and Paganini was accosted by creditors and even his fellow investors for falling through on his duties as a performer and music director. Paganini fought back, but he ultimately lost. When he died in 1840, his debts were left to his son Achille, and no one knows if the creditors were ever paid.

A quick rise to success, wealthy patrons, and a drive to write for the crowds brought these composers fame in their lifetimes. They struggled on their way to the top, and their demanding lifestyles often left them strapped for cash and praying for a piece of music that would bring their financial troubles to an end.

Do you have a question about Classical music?  We will do the research and write the answers in a future post!