The Grand Junction Symphony Orchestra (GJSO) is ecstatic to announce its 2022-2023 season and special events! Sixteen programs from large-scale orchestral offerings to intimate gatherings include a free Evening Under the Stars concert at the Las Colonias Amphitheater, 7 Pops and Classical performances at the Avalon Theatre, 6 Chamber and Special Event performances at the Two Rivers Winery & Chateau, and an annual gala at the Meyer Ballroom at CMU. “The GJSO is back in full force for the 2022-2023 season, larger and stronger than ever,” shares Conductor and Music Director Charles Latshaw. “We’re putting on enormous projects like Hector Berlioz’s Symphonie Fantastique and January’s tribute to the music of John Williams, and exploring new ways to make the concert experience welcoming and exciting to all.” 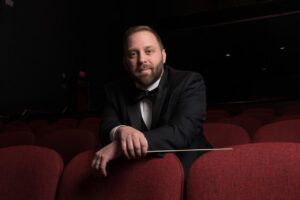 Community members who are less familiar with orchestral music, who would like to learn more about classical programs, or who would like to enjoy a pre-concert social hour at Carlson Vineyards Downtown Tasting Room, are invited to attend the ALL NEW Conductor’s Club. “Our goal with this exciting addition is to offer new and seasoned classical music listeners with a deeper enjoyment and understanding of important, classical works of music,” says GJSO Director of Marketing, Mollie Shepardson. “This will be where community cocktail hour merges with a mini humanities lecture.” Five Conductor’s Club gatherings will take place at 5:15pm on Saturday evenings prior to Classic Series concerts. During these Western Colorado social gatherings, Grand Junction Symphony Orchestra maestro Charles Latshaw will give a brief discussion about the music to be performed during the weekend’s Classical Series concert program. A Conductor’s Club season pass – which includes all five pre-concert parties, wine or non-alcoholic beverages from Carlson Vineyards, and light appetizers – is only $150, and a single Conductor’s Club gathering ticket is also offered for $35 per event. 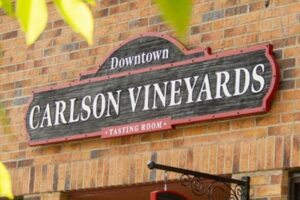 Adults who enjoy symphonic and classical music today often attribute their taste to exposure as children and young adults. With an ever-present focus on musical education for both the young and young at heart, the GJSO has added $25-$35 Season Passes for students in Season 44. Students of all ages are welcome to enjoy this offering for Classics Series or Classics Series + Pops Series concerts. Pops Series concerts during Season 44 include: A Christmas Classic with sing-a-longs and John Williams: Maestro of the Movies with music from many of our favorite movies! Individual student tickets are also available for $5 per concert throughout the season. 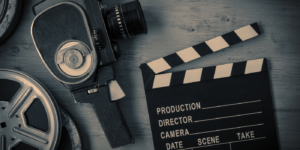 John Williams: Maestro of the Movies offers songs from movie favorites for all ages!

Students aren’t the only ones who will enjoy savings on Season Passes with the GJSO this season. All music lovers are invited to savor the unbelievably moving performances of the Grand Junction Symphony Orchestra this season with Classics Series, Chamber Series, and Pops Series passes that start as low as $100 for the entire season! Special events such as the Secret Garden Gala are excluded from season pass offerings, but are well worth the cultural experience of attending. “This just seems like such an energized and rejuvenated season,” says GJSO Company Manager and violinist, Amanda Chipchase. “I hope we can pass that along to the audience! As a musician, my goal is doing justice to some of these well known pieces.” 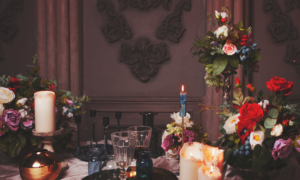 A healthy local economy often includes vibrant arts and culture offerings. The GJSO is a valuable and accomplished staple within the Western Colorado economy. From educational programs to live performances, the organization creates a more enjoyable way of life and increased interest in the area. To both support the GJSO as an integral piece of the economic fabric and to boost their own names, businesses are invited to share their message through the sponsorship of concerts, advertisements in the program magazine, and company signage at VIP gala tables. Companies or individuals interested in sponsorships or advertising opportunities are encouraged to contact Director of Marketing Mollie Shepardson by emailing mollie@gjso.org. 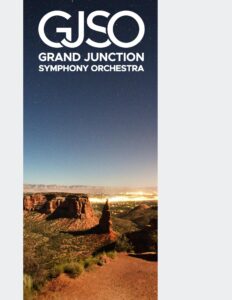 Contact mollie@gjso.org for information on advertising in the GJSO magazine or sponsoring a concert this season.

Information about all concerts, events, and season passes can be found online at gjso.org, over the phone at 970-243-6787, or in person Monday-Friday 9am-4pm at 414 Main Street, Grand Junction, Colorado 81501. Click here to view subscriptions and concerts/events for Season 44.